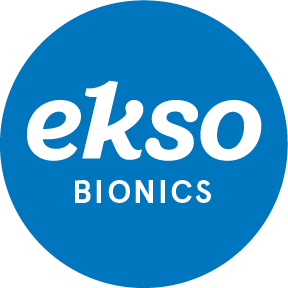 “We closed 2018 with the strongest fourth quarter in Ekso Bionics’ history in terms of revenue and total unit shipments,” said Jack Peurach, President and Chief Executive Officer of Ekso Bionics. “We believe this reflects both growing demand from our rehabilitation and industrial customers and greater awareness of the benefits provided by our innovative products. The evidence demonstrating increasing enthusiasm for our technologies in multiple market segments and global territories continues to grow. Recent examples include the transformative joint venture to develop the exoskeleton market in China, which was announced last month, and purchase orders from two global aerospace manufacturers to create and expand pilot programs utilizing EksoVest. As we move into 2019, our key priorities will remain executing on our sales strategies and achieving additional efficiencies across our operations and organization. We believe we have the vision and executional capabilities to create additional value for customers, patients, industrial workers and shareholders in the months ahead.”

Sales and marketing expenses for the quarter ended December 31, 2018 were $2.9 million, compared to $3.6 million for the quarter ended December 31, 2017, a decrease of $0.7 million. This decrease was primarily due to a reduction in the Company’s general marketing and trade show expenses in favor of a more focused and financially efficient investment in sales and direct marketing activities to drive operational productivity.

Research and development expenses were $5.8 million for the full year ended December 31, 2018, compared to $9.5 million in the same period in 2017, a decrease of $3.7 million. This decrease was primarily due to a shift in focus to sales of commercialized products.

General and administrative expenses were $11.7 million for the full year ended December 31, 2018, compared to $10.7 million in the same period in 2017. The increase was primarily due to one-time expenses related to the departures of the former Chief Executive Officer and Chief Financial Officer as well as other nonrecurring expenses, partially offset by a shift in expenses to sales and direct marketing activities to drive operational productivity.

Investors interested in listening to the conference call may do so by dialing (877) 407-3036 for domestic callers or (201) 378-4919 for international callers. A live webcast of the event will be available in the “Investors” section of the Company’s website at www.eksobionics.com, or by clicking here.

A replay of the call will be available for two weeks by dialing (877) 660-6853 for domestic callers or (201) 612-7415 for international callers, using Conference ID: 13687429. The webcast will also be available on the company’s website for one month following the completion of the call.

Ekso Bionics® is a leading developer of exoskeleton solutions that amplify human potential by supporting or enhancing strength, endurance, and mobility across medical and industrial applications. Founded in 2005, the Company continues to build upon its unparalleled expertise to design some of the most cutting-edge, innovative wearable robots available on the market. Ekso Bionics is the only exoskeleton company to offer technologies that range from helping those with paralysis to stand up and walk, to enhancing human capabilities on job sites across the globe. The Company is headquartered in the Bay Area and is listed on the Nasdaq Capital Market under the symbol EKSO. For more information, visit: www.eksobionics.com.