RICHMOND, Calif., May 22, 2019 (GLOBE NEWSWIRE) -- Ekso Bionics Holdings, Inc. (Nasdaq: EKSO) (the “Company,” “Ekso” or “Ekso Bionics”), an industry leader in exoskeleton technology for medical and industrial use, announced today the pricing of its previously announced underwritten public offering of 6,666,667 shares of its common stock and accompanying warrants to purchase 6,666,667 shares of its common stock, at a price to the public of $1.50 per share and accompanying warrant to purchase one share of common stock, for expected gross proceeds of $10.0 million before deducting underwriters’ discounts, commissions and estimated offering expenses. Each warrant will have an exercise price of $2.00 per share and will expire five years from the date of its issuance.

The securities described above are being offered by the Company pursuant to a “shelf” registration statement on Form S-3 (File No. 333-218517) relating to the public offering of such securities, which was filed with the U.S. Securities and Exchange Commission (the “SEC”) on June 6, 2017 and declared effective by the SEC on June 16, 2017. A preliminary prospectus supplement related to the offering was filed with the SEC on May 21, 2019 and a final prospectus supplement related to the offering will be filed with the SEC, all of which will be available on the SEC's website at http://www.sec.gov. Copies of the final prospectus supplement (when available) and the accompanying prospectus relating to the securities being offered may also be obtained by sending a request to: Cantor Fitzgerald & Co., Attn: Capital Markets, 499 Park Avenue, 6th Floor, New York, NY 10022, or by email at prospectus@cantor.com, or from SunTrust Robinson Humphrey, Inc., 3333 Peachtree Road NE, 9th Floor, Atlanta, GA 30326, Attention: Prospectus Department; email: strh.prospectus@suntrust.com.

This press release does not constitute an offer to sell or a solicitation of an offer to buy any of these securities, nor shall there be any sale of these securities in any state or jurisdiction in which such offer, solicitation or sale would be unlawful, prior to registration or qualification under the securities laws of any such state or jurisdiction. The offer is only being made by means of the prospectus supplement and accompanying prospectus forming a part of the effective registration statement.

Ekso Bionics® is a leading developer of exoskeleton solutions that amplify human potential by supporting or enhancing strength, endurance, and mobility across medical and industrial applications. Founded in 2005, the Company continues to build upon its unparalleled expertise to design some of the most cutting-edge, innovative wearable robots available on the market. Ekso Bionics is the only exoskeleton company to offer technologies that range from helping those with paralysis to stand up and walk, to enhancing human capabilities on job sites across the globe. The Company is headquartered in the Bay Area and is listed on the Nasdaq Capital Market under the symbol EKSO.

Any statements contained in this press release that do not describe historical facts may constitute forward-looking statements within the meaning of the Private Securities Litigation Reform Act of 1995, as amended. Forward-looking statements may include, without limitation, statements regarding (i) the terms of the public offering, including the underwriters’ commissions and discounts and estimated offering expenses, and (ii) the assumptions underlying or relating to any statement described in point (i), including assumptions regarding the closing of the offering. Such forward-looking statements are not meant to predict or guarantee actual results, performance, events or circumstances and may not be realized because they are based upon the Company’s current projections, plans, objectives, beliefs, expectations, estimates and assumptions and are subject to a number of risks and uncertainties and other influences, many of which the Company has no control over. Actual results and the timing of certain events and circumstances may differ materially from those described by the forward-looking statements as a result of these risks and uncertainties. Factors that may influence or contribute to the inaccuracy of the forward-looking statements or cause actual results to differ materially from expected or desired results may include, without limitation, unfavorable market conditions, occurrence of force majeure, or the inability of one or more underwriters to participate in the proposed public offering. These and other factors are identified and described in more detail in the final prospectus supplement to be filed with the SEC in connection with the proposed public offering, including the Company’s Annual Report on Form 10-K for the year ended December 31, 2018 and Quarterly Report on Form 10-Q for the three months ended March 31, 2019, which will be incorporated by reference in such final prospectus supplement, and the other documents incorporated by references in such final prospectus supplement and Company’s other filings with the SEC. The Company does not undertake to update these forward-looking statements. 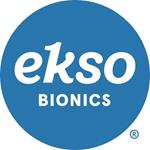